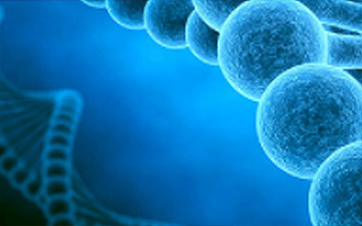 Stem cell research is a promising new area of modern medicine that has the potential to cure many fatal diseases. Due to this incredible prospect of what stem cell holds, different states in the country are competing to sustain their advantage in this area and are pushing for a different legislation that would allow substantial funding to go towards research. This is also due to the fact that Federal funding remains low due to the ethical considerations involved in stem cell research. This is also compelling different states to take this issue seriously and form a plan to support stem cell research in the coming years.

The state of California has been particularly active in supporting stem cell research. In 2004, the state accepted a bill that allowed $3 billion to be spent on research. 90% of the funds were to go towards research, and 1% of them were to be spent on facilities. This funding was also used for founding the California Institute of Regenerative Medicine (CIRM) to support stem cell research (nih.gov, 2014). Unlike the NIH (National Institute of Health), CIRM allowed researchers to create  new embryonic stem cell lines and to conduct experiments on cell lines that were not yet approved by NIH (Human embryonic stem cell research in the US: time for change?, 2010).

In 2005, the Governor of Connecticut proposed to use $20 million of the $315 million budget surplus to support stem cell research. The main centers for this area of research have been the Yale University and the University of Connecticut at Storrs. In 2005, Storrs lab announced that it had become the first lab to create embryonic stem cells from cloned cattle embryos (nih.gov, 2014).

Other states such as Ohio, Virginia and Wisconsin are also allocating funds to support the research in stem cell technology. The state of Ohio established The Center for Stem Cell and Regenerative Medicine in 2003 with $19.3 million in funds. Virginia and Wisconsin also established funds for research in healthcare and biosciences, including stem cell research(nih.gov, 2014).

However, some states are opposed to the idea of stem cell technology. For instance, in 2011, the states of Oklahoma and Minnesota passed laws that prohibited certain procedures in embryonic stem cell research. Oklahoma had passed a bill that prohibited the use of human embryos for stem cell research, and any kind of financial transaction involving embryos. Minnesota passed a bill that bans the Somatic Cell Nuclear Transfer (SCNT), which prevents the production of human embryos (Bionews.org.uk, 2011).

In July 2013, the CIRM approved the establishment of a statewide network of clinics that would allow patients to gain valuable information on stem cell clinical trials and how to enroll in them. These Alpha Clinics would provide guidance and counseling to patients considering stem cell therapy, and scientists hope they would help to bring stem cell therapy to the forefront by proving maximum benefits to the patients (Cirm.ca.gov, 2014).